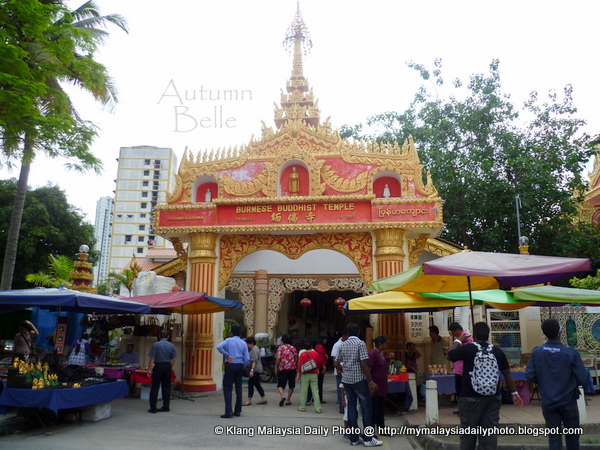 Dharmikarama Burmese Temple is located along Burma Lane in Pulau Tikus. It is reputed to be the first ever and only Burmese temple in Malaysia. The place is rich in Burmese culture and architecture.


A stone plague on the temple grounds reads:
The temple land was purchased by Nonia Betong from George Layton for 390 Spanish Dollars. It was situated in the district of Tulloh Aier Rajah, under the grant of 1162, Lot 372; Section 4, Georgetown; on the first day of August 1809 granted by Sir George Leith Baronet, Lt. Governor of Prince of Wales Island. The first Chief Monk of the temple was Venerable U. Nandamala. 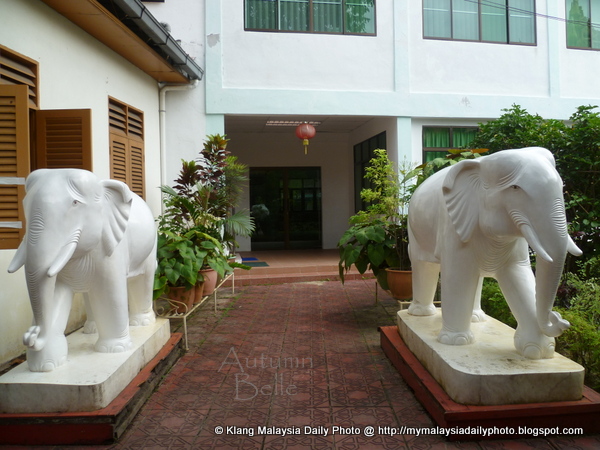 A pair of white elephants guard the entrance to this Burmese temple. 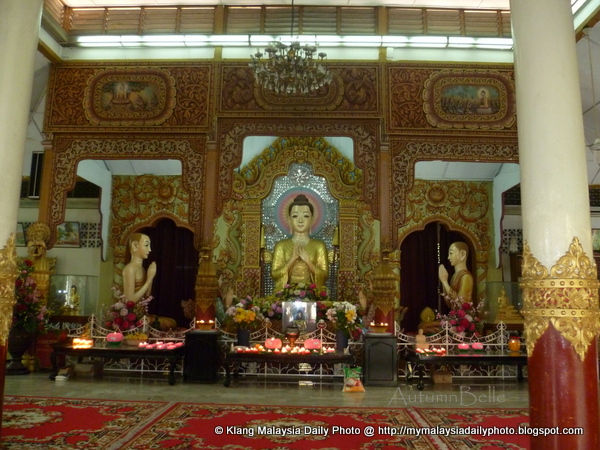 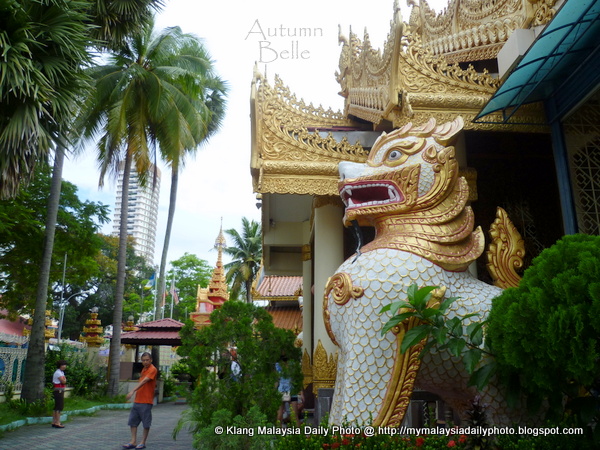 This temple which features the pagoda was designated as one of Penang state's 15 sites preserved as a historical and tourist attraction during the Visit Penang Year 1988. 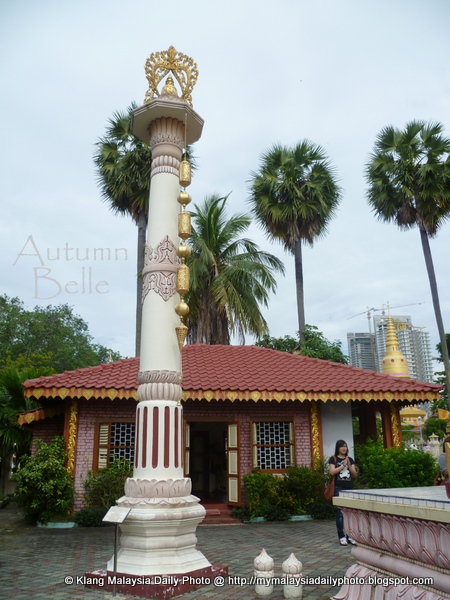 The Buddhist emblem for peace and prosperity. It was built to replace the former emblem and to commemorate the bicentenary of the temple founded on August 1st, 1803. 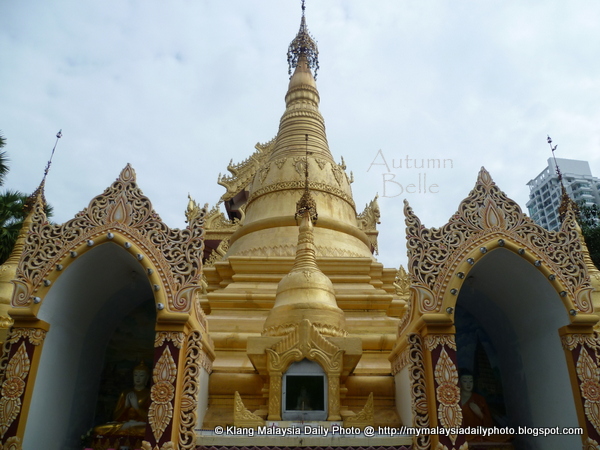 This and the next 3 pictures are Memorial Stupas donated by people and built in loving memory of departed loved ones. 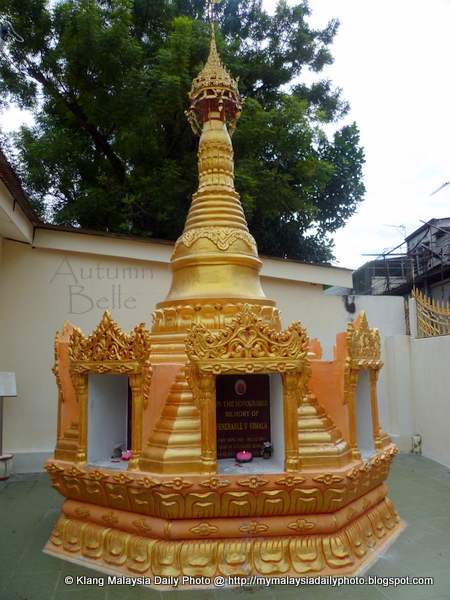 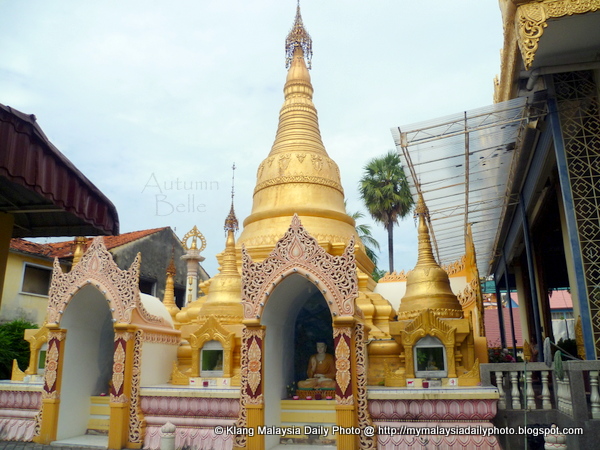 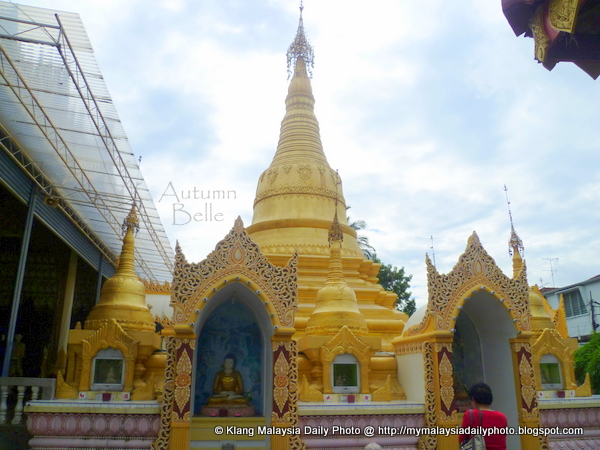 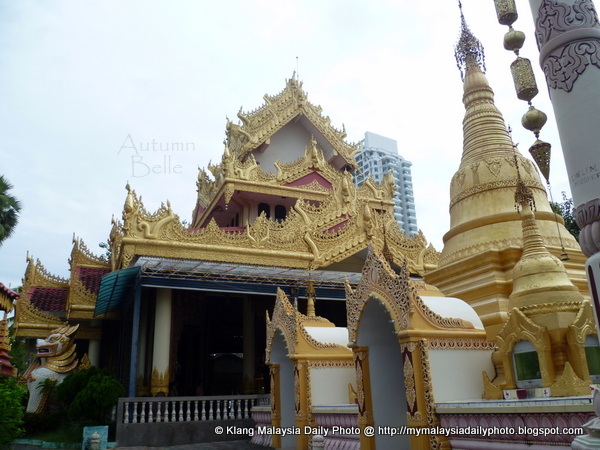 The temple is managed by a Chief Monk. It has a main shrine, a sima hall, dining hall, monk's quarters, preceptee's lodge, Sunday school, a library and a lecture hall. 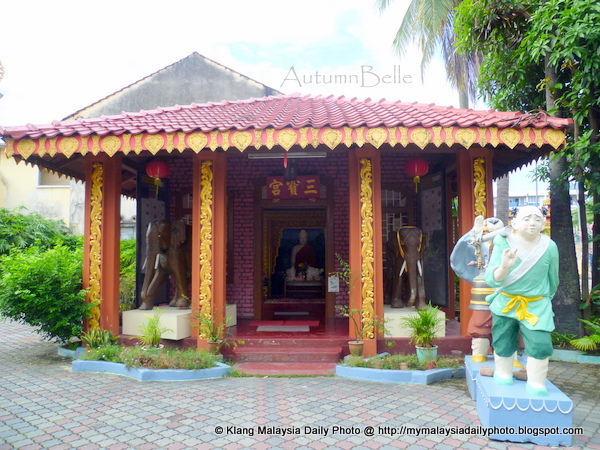 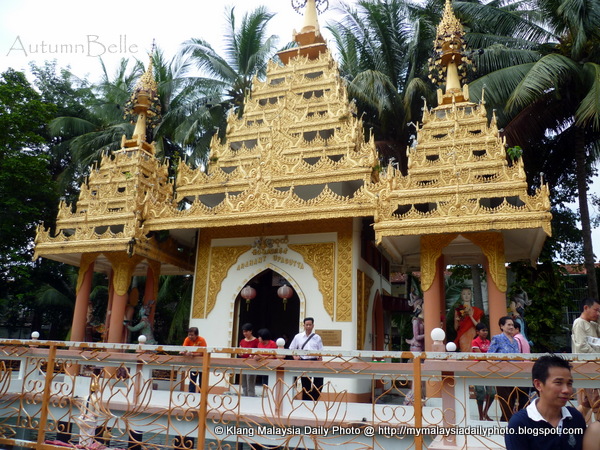 The Arahant Upagutta Shrine was originally a small building made of planks constructed in 1840 on the present site. This new shrine was build in 1976 and the Arahant Upagutta Image consecrated on December 18th 1978. It is believed that Arahant Upagutta has the power to help one overcome obstacles and problems, exorcism of evil and fulfilment of wishes e.g. related to examinations and health. 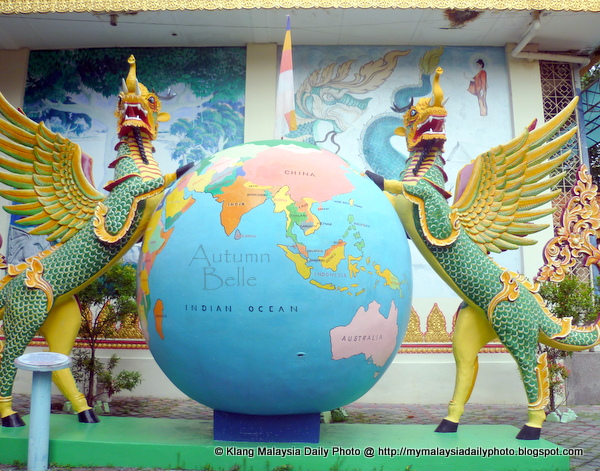 This is the statue of Panca-Rupa, The Gurdian Protector of the World. It is a pair of chimeras protecting the globe. The chimera is a mythical animal with features of a few different animals. In this case, the Panca-Rupa has the trunk and tusks of the elephant, the 4 hoofed legs and 2 ears of the horse, face of a lion, deer's horn, body and tail of the fish and wings of the Garuda bird. 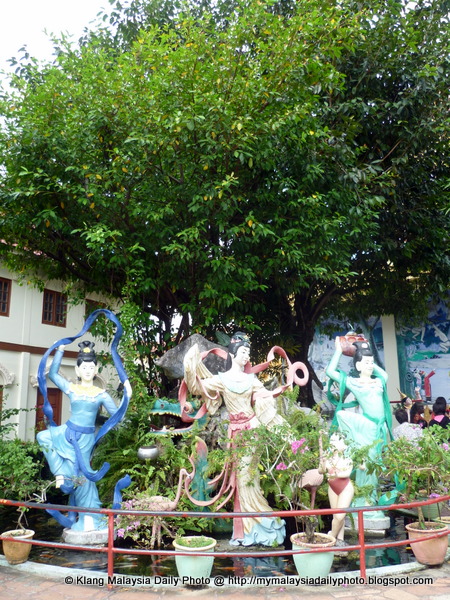 The Wishing Pond with a Bodhi tree, tortoises and koi fishes. 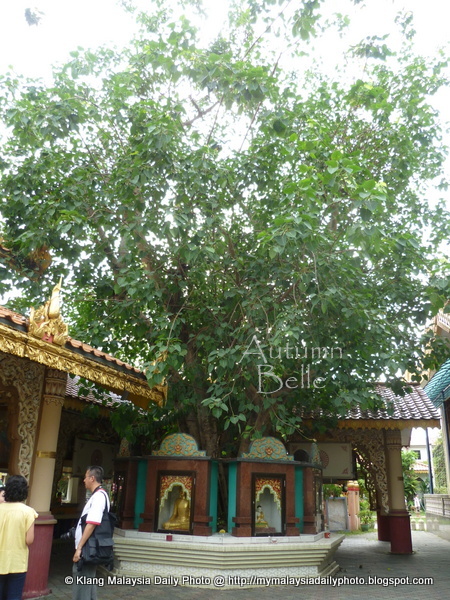 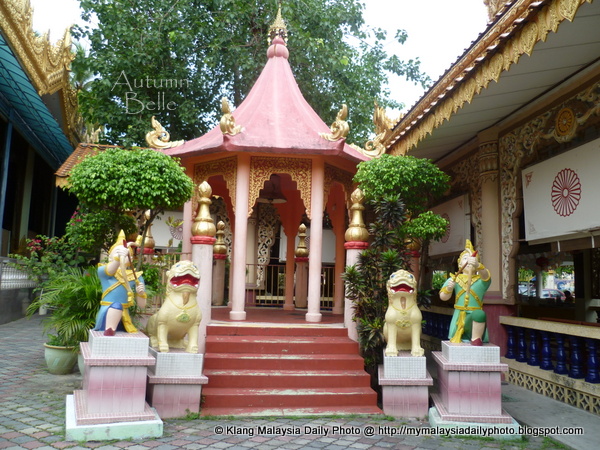 Some of the events conducted at the temple include:

Posted by Elaine Yim 2 comments: Links to this post

Klang or Kelang is the royal town and former capital of Selangor, Malaysia. This blog is about day to day living, lifestyle, culture, food and travel.

All pictures and contents are copyrighted (unless otherwise stated) and may not be reproduced/used on another site without my approval.